Giving some meaning to our occupation and enjoying ourselves at work!
This is what we had in mind when we started the Quat’rues adventure in 2006, selling organic, ethical tee-shirts.Ever since, with a lot of pleasure – and some work too, we have been looking for inspiration somewhere between our vision of the world and what it really is, to create original, committed, off-beat or surprising visuals… always in the spirit channelling us, namely, to offer organic, fair-trade clothes and accessories which make sense, to allow you to dress your difference! 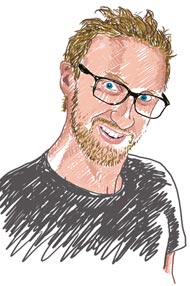 Harold, aka the diplomatHe is the one answering the phone! He is the voice of Quat’rues, in constant contact with customers and retailers.
A level-headed guy, he is the careful and inventive manager of the Quat’rues adventure. 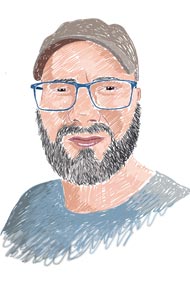 Clovis, aka the crafty one

Juggling his way between logistics and creativity, he has the gift to handle collections deadlines, partnerships and relations with our suppliers.
An avid traveller, he is Quat’rues outspoken ambassador ! 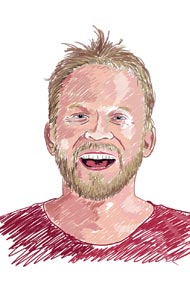 Adrien, aka the wombat

Discreet, but always on the look-out, one eye stuck to his camera, he captures the incredible poses of our models on film (well, ok, on an SD card…), between two snapshots of the Machu Pichu, of the Piton de la Fournaise or Helsinki. 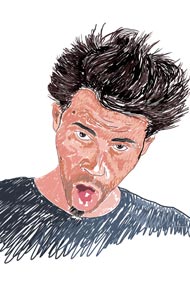 Quentin, aka the doodler

Drawing is his thing. Whether in a travel-log, on a canvas or on clothes, it doesn’t matter as long as it is about telling something.
But don’t ask him how much a Quat’rues tee-shirt is, he hasn’t got a clue..

As the protection of the environment and mankind is a major concern of ours, Quat’rues fair trade clothes are made in organic-grown cotton, certified by GOTS (Global Organic Textile Standard)

Better for the environnement

Organic cotton is grown with natural composting that replaces chemical fertilisers as well as pesticides, it also requires twice as less water as conventional cotton growing. It is GMO-free guaranteed.
Thanks to crop rotations, organic agriculture allows the oxygenation of soils and the sustainability of their richness.

Organic cotton fibres are softer and smoother than conventional ones as well as thicker and more resistant; they also are hypoallergenic.
Producers also benefit from the organic growing of cotton as it allows them to improve their work conditions, their health and that of their relatives. Moreover, they can snatch themselves away from the clutches of debt by cutting down on their investments.

As we want to be coherent, the dyes used for our organic tee-shirts contain no heavy metals, phthalates or any other cancer-inducing substances.
No flocking or transfer either! We count on the long-lasting quality of our clothes. All our imagery is hence printed by serigraphy.

Also known as silk-screening or screen-printing, is the process of producing an image, or serigraph, by pressing colour though a fabric stencil comprised of porous and non-porous sections. The image is directly produced onto fabric, such as t-shirts.

These silk-screen printings are made by our partner, a textile printer who uses environment-friendly inks, under the Oekotex Standard 100 norm.

The approach we have chosen at Quat’rues tries to put people back at the core of economy and the environment by giving customers the opportunity to dress their difference at an affordable and fair price.

Thanks to its wide range of organic cotton clothes, issued from fair trade Indian and Bengalese textile industries, certified by GOTS and Fairwear, Quat’rues allows you to purchase a quality product, made under conditions that are respectful of people and the environment.

In just a few years, fair trade has emerged as an efficient alternative to globalization, that helps reducing inequalities and putting people back in their rightful place in business exchanges, whether they are international, national or local.

By rejecting the idea of profit at all costs, fair trade business appears as a way of establishing satisfying trade relations for everyone, from producers to consumers.

By favouring the social dimension over mere economic aspects, Fair Trade is founded on the following principles:
• Making sure that the most disadvantaged producers and craftspeople obtain fair wages for their work, thus allowing them to fulfil basic needs: health, education, social welfare….
• Ensuring the respect of people’s basic rights (refusal of child labour, slavery…)
• Establishing long-lasting relations between business partners
• Aiming at the protection of the environment, as much as possible
• Providing customers with quality products 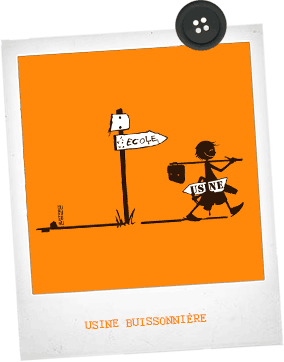 As ethical consumers, we have a huge power on big corporations.

Actually, we can help change the market rules by demanding that they abide by ethical codes that honour people’s rights.

"Everyone who works has the right to just and favourable remuneration ensuring for himself and his family an existence worthy of human dignity, and supplemented, if necessary, by other means of social protection."

Article 23.3 of the Universal Declaration of Human Rights.

At Quat’rues, imagery is not mere added value.
We chose to make it the core of our activity, to give even more meaning to the ethical medium that organic, fair trade clothes provide.

We are fully aware that we are citizens of our big planet, and we share its hopes and issues. Through our clothes and their messages, which travel all over the world on people’s backs, we hope we may spark dialogues, exchanges and shared ideas here and there, on the future of that funny world of ours.
Whether they are evocative, committed or off-beat, these illustrations deal with social, supportive and environmental issues.

Because there will always be things to say and images to speak about them. 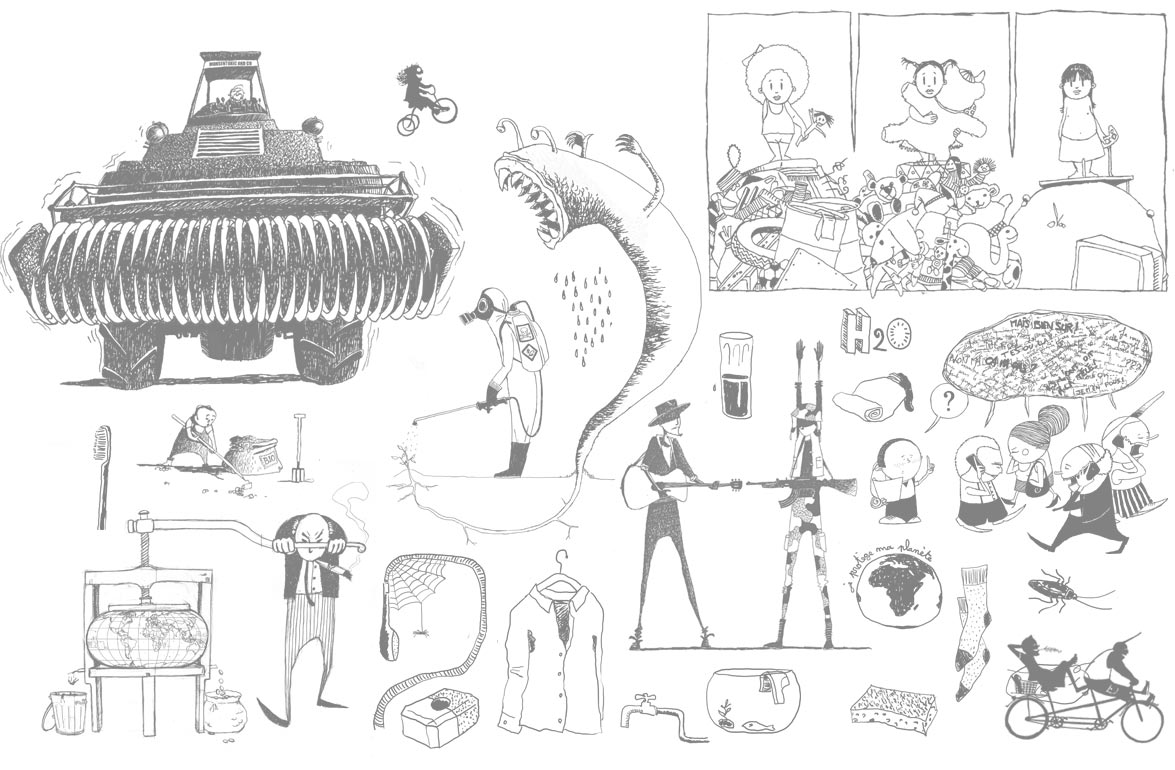